On March 19, 2020, performances of Zumanity were suspended in response to the COVID-19 pandemic. As a result of the pandemic, Cirque du Soleil Entertainment Group had announced on November 16, 2020 that Zumanity would close permanently. It had performed over 7700 shows with it's final performance on March 14, 2020.[2]

The name of Zumanity is a portmanteau of the words "zoo" and "humanity".

In 2003, Cirque du Soleil founder Guy Laliberté had been offered the chance to create two new shows in Las Vegas by MGM Mirage, one for The New York-New York Hotel and Casino and The MGM Grand.[3] Lalibertéwanted to create something completely new and original rather than create multiple similar shows that would "cannibalize off of each other's sales and audiences". The creation of Zumanity for Laliberté was to create a show that explored human sexuality and offered the chance to work with riskier "edgier" subject matter. Laliberté felt that their past productions were more "family-oriented and politically correct". With Zumanity, Laliberté states "the subject matter reflects who we really are... We like to live new experiences. Zumanity deals with some of those new experiences."[3]

On January 20, 2015, a planned "refresh" of Zumanity was introduced to the public in which roughly 30% of the show was changed from its original concept.[4][5] The "refresh" was apart of Cirque du Soleil updating their Las Vegas productions with Mystère in 2013 and The Beatles: Love in 2016.[6] The aerial hoops, "Dance on TV", and the aerial silks duo acts were replaced with "Aerial Dream", "Chains", "Perfect Jam", and Aerial silks solo act. The "Rose Boy" striptease act was converted into a special agent themed striptease act called "Magnum".[4][7]

The Zumanity stage and theater were designed by Stéphane Roy and built by architect Marnell Corrao and Auerbach Pollack Friedlander Consultants.[8]

Listed below are the characters currently in the show with known names. Further artists are listed in the Acts section. Additional hosts listed in the Vocalists section.

Thierry Mugler, a French Fashion designer, was consulted to design the costumes for Zumanity. At first reluctant to work on the show, Mugler stated: "I began to fall in love with the project when the casting started and I saw the artists rehearsing".[3] Many of the costumes are highly colorful, yet some are minimal to an exaggerated extreme. Fur, feathers, leather, lace, fishnet stockings, velvet dresses, tiny corsets, cone bras, and plastic accessories were primary materials utilized to create the costumes' provocative appeal.

A promotional album entitled Foreplay was included with the original program. Foreplay was released on July 31, 2003, and contains select work-in-progress songs from the show's creation period.

For more information on the songs featured in Zumanity and the soundtrack, please visit Zumanity (Soundtrack).

Lovesick is a feature-length documentary chronicling the creation of Zumanity: Another Side of Cirque du Soleil. Lovesick was released on May 30, 2006, on DVD. 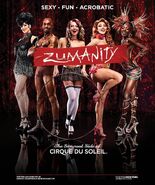 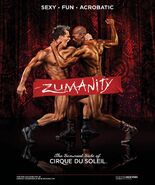 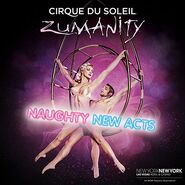 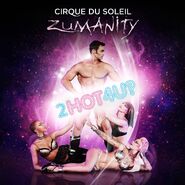 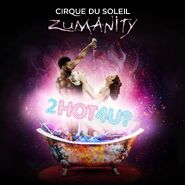 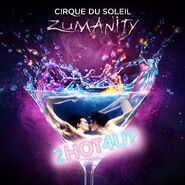 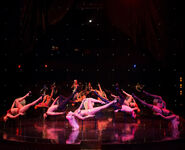 Behind the Lens Zumanity Program Shoot

Zumanity Behind the Scenes with "Scottish Fantasy" Cirque du Soleil

Get Ready With A Cirque Du Soleil Acrobat Get Glam Refinery29

The only RATED "R" circus you'll need to see! The World of Zumanity Cirque du Soleil