Zarkana was a touring/residential Cirque du Soleil stage production written and directed by François Girard. In 2011, Zarkana began as a touring show and was converted to a resident show in Las Vegas in late 2012 replacing Viva Elvis at the Aria Resort and Casino. Zarkana premiered on June 29, 2011 at the Radio City Music Hall in New York City, New York. Zarkana had it's final performance on April 30, 2016 at the Aria Resort and Casino in Las Vegas, NV.

The title of Zarkana is a combination of the words "bizarre" and "arcane".[1]

Set designer Stéphane Roy was inspired by the Art Nouveau moment and the works of Antoni Gaudí, Gustav Klimt , and René Lalique when creating the overall stage design and stage elements.[2]

The music for Zarkana was composed by Nick Littlemore under the musical guidance of Elton John. 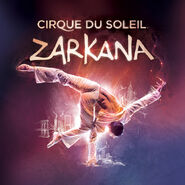 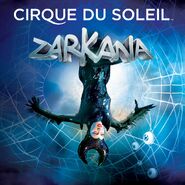 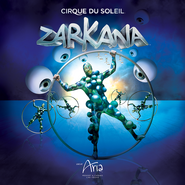 The Movers ( Mardi-Gras, Ti-Boss, The Sleepy Clown, The Porter, & The Aviator )

The Sleepy Clown, The Porter, and Ti-Boss 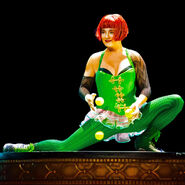 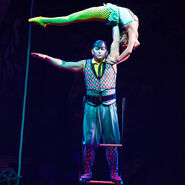 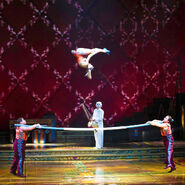 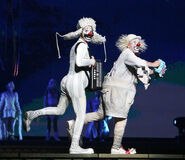 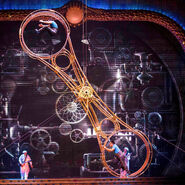 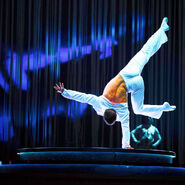 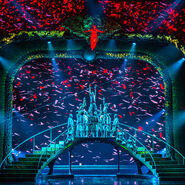 The Technical Challenges of Zarkana from Cirque du Soleil

The Surreal World of Zarkana from Cirque du Soleil

The Acrobatics of Zarkana from Cirque du Soleil

Behind the Scenes of Zarkana - Cirque Du Soleil

The Art of Science