Yasmine Khalil, chief executive officer of Cirque du Soleil and president of Cirque du Soleil: Events + Experiences, stated, "We are thrilled to embark on our second MSC Cruises ship as we pursue Cirque du Soleil’s journey at sea...Joining Viaggio and Sonor, our first two shows on MSC Meraviglia, Cirque du Soleil continues to reinvent itself through an intimate theatre experience where two new shows are created exclusively for MSC Bellissima".[1]

Like the Viaggio and Sonor's stage on the MSC Meraviglia, the Carousel Lounge for Syma and Varélia is an intimate 360-degree stage were designed by Marco De Jorio. The lounge seats 413 guests and contains a long interactive LED screen that crossing the entire lounge.[2]

The LED stage contains a rotating disk and the LED Screen has a section that can convert to a staircase. Also above the center ring is a carousel aerial tramway used for rigging props and performers above the stage. The development cost for The Carousel Lounge is €20 million ( $22,045,840 USD ).[2]

Laser lights are used throughout Varélia to convey the theme of a futuristic setting and the atmosphere of the show.[2]

Inspired by urban looks, modern fashion, costume designer Nicholas Vaudelet designed the costumes of Varélia to have a more saturated, with higher contrasts cartoonesque look to them.[2]

Due to Varélia being on a cruise ship, the acts in the performance are rotated out or scaled back due to either the weather, the season, or the current sea state.[3]

The song "Disco Inferno" by The Trammps is used for the finale of Varélia. 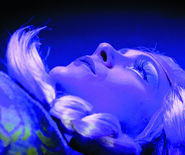 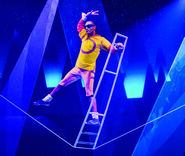 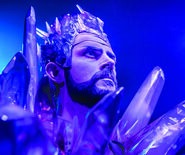 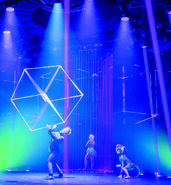 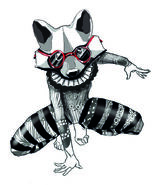 Cirque du Soleil at Sea on board MSC Bellissima