Alegría: In A New Light

Alegría: In A New Light

Alegría: In a New Light, also known as Alegría: The Return of an Icon, or simply Alegría, is the 2019 remounted reinterpretation of the 1994 show production Alegría directed by Jean-Guy Legault. Known as one of Cirque Du Soleil's most iconic production, which paved the way for Cirque's signature style and expansion[1], Alegría: In a New Light premiered on April 18, 2019, in Montreal, Quebec, Canada under the Grand Chapiteau for the 25th anniversary of Alegría.[2]

Changes from the original production[]

With the new revision of the 1994 show, Alegría: In a New Light has produced new costumes, a new stage design, a renewed Cirquish vocabulary, and new musical arrangements for the 2019 production.

Even with the slight changes to the new show, Alegría: In a New Light still retains its themes of "the quest for power", "the thirst for change", and "the triumph of light over darkness".[1]

Unlike the previous incarnation of the show, which had a giant dome, decorated columns, and balustrades to represent, the new Alegría stage is modelled after a giant spiked crown. The stage is covered by an old tapestry with an old emblem on it to represent the previously abandoned kingdom. It is represented by a salamander: a symbol of the French Resistance and inspiration for the original set design for Alegría.

The characters in Alegría comprise people of three separate groups: the Aristocrats, the Bronx, and the Angels.

Alegría: In a New Light premiered on April 18th, 2019 in Montreal, Quebec, Canada. It is currently on tour under the new Grand Chapiteau tent "Sohïel".[3] 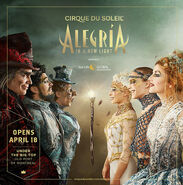 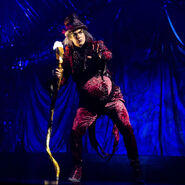 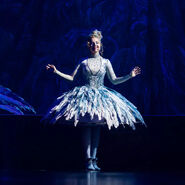 Alegría: In A New Light at Cirque du Soleil